Storm signature in the Messinian and Pleistocene record of drift- and swash-aligned Mediterranean gravel beaches. Role of precession-driven intensification of the Mediterranean cyclogenesis

The stratal organization and general architecture of the lower Messinian and middle-upper Pleistocene progradational gravel beach parasequences built out on respectively Apenninic and South-Alpine shorelines of the palaeo-Adriatic Sea support the view that the predominant signature is that left by processes linked to storm impact and immediate storm-decay recovery. The reconstructed wave spectrum probably had in most cases a bimodal shape during storm events, with waves of local origin associated with a component of moderate swell, probably linked to the influence of an inferred dominant long-fetch southerly wind. During the waxing stage of storms, powerful erosion occurs of the upper-beachface by high-steepness waves and surf zone processes. A strong offshore-directed return flow (undertow) during the storm peak could quickly reach a supercritical state and be potentially subject to hydraulic jumps at the beachface-shoreface transition  The effects, mostly conspicuous in Apenninic parasequences, include: i) scours paved/infilled by coarse gravel, recording the impact of hydraulic jumps, whose upstream migration generated sandy backset laminasets; ii) low-amplitude wavy to lenticular structures that are inferred to result from the migration and aggradation of antidunes; iii) local chute-and-pool structures. Concurrently, strong runup led to building-up of a storm berm and overwashing. During the subsiding stage of the storm long-period waves led to the fast recovery of upper-beachface gravels and renewed overtopping and overwashing, together with strong oscillatory motion at the sea bed leading to the generation or accretion of wave megaripples in the upper shoreface and toe of the beachface. The studied Pleistocene and Lower Messinian parasequences show significant differences in general architecture. Due to the oblique approach of storm waves, the former palaeo-beaches, located on Apenninic palaeo-coasts, can be defined as drift-aligned systems during high-energy events, with the development of very dynamic intermediate states characterized by a prominent bar/rip topography, an energetic undertow, and large cross-shore and alongshore transport gradients. Conversely, the near-perpendicular wave approach on the Messinian shorelines, located on the landlocked embayment at the northern end of the Palaeo-Adriatic Sea, resulted in an almost swash-aligned configuration, with remarkably scarce to absent effectiveness of longshore drift and virtual lack of three-dimensional inshore topography. During the early Messinian times, as well as during the middle and late Pleistocene, the deposition was strongly influenced by precession-driven climate fluctuations. During precession minima, characterized by maximum seasonality, a greater influence of Atlantic-born depressions in the Mediterranean during winter aphelion could have increased the activity of cyclonic storms and the river discharge. It is believed that the storm signature, although inferred to represent and intrinsic feature of the stratigraphic record of gravel beaches, was emphasized in the studied parasequences due to this climatic context. 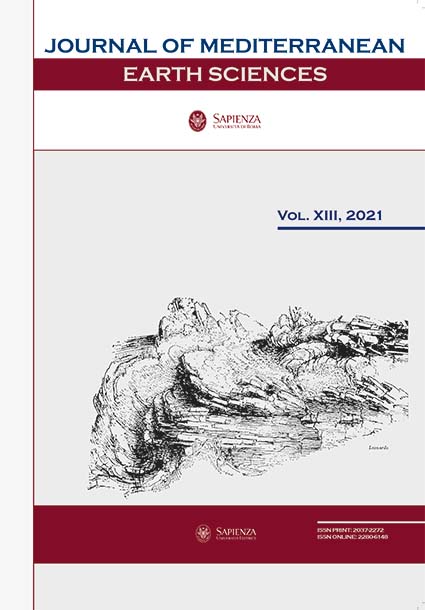