An Empirical Investigation into Pathological Worry and Rumination: Guilt, Shame, Depression, and Anxiety

Worry and rumination are maladaptive cognitive strategies with the purpose to manage negative emotions and threatening events (Wells & Matthews, 1994), and studies have shown that they are associated with an increasing of anxiety and depression (Fresco et al., 2002; Nolen-Hoeksema, 2000). Although the relationship between guilt and shame with depression and anxiety is well documented (Cândea & Szentagotai-Tătar, 2018; Thibodeau, & Jorgensen, 2011), only few studies (Orth et al., 2006; Mor & Winquist, 2002; Spasojevic & Alloy, 2001) investigated the mediational role of worry and rumination in the relationship between guilt and shame and depression and anxiety. We hypothesized that worry and rumination correlate with all types of interpersonal guilt and with shame and that they mediate the effects of these moral emotions on depression and anxiety disorders.
Methods. We recruited a sample of 343 subjects, to whom we administered the Interpersonal Guilt Rating Scale-15s (IGRS-15s; Gazzillo et al. 2018), The Other as Shamer Scale (OAS; Goss, Gilbert, & Allan, 1994), The State-Trait Anxiety Inventory (STAI; Spielberger, Gorsuch, Lushene, Vagg, & Jacobs, 1983), The Beck Depression Inventory II, The Penn State Worry Questionnaire (PSWQ; Meyer, Miller, Metzger, & Borkovec, 1990) and The Ruminative Response Scale (RRS; Nolen-Hoeksema & Morrow, 1991; Treynor et al., 2003) and an ad hoc form for assessing socio-demographic and anamnestic information.
Results. In line with our hypotheses (Gazzillo, Leonardi, Bush, 2020), worry and rumination correlated with all types of interpersonal guilt. Moreover, worry and rumination were positively correlated with depression and anxiety disorders; specifically, rumination emerged as a mediating factor between self-hate and depression, while worry was a mediating factor in the relationship between omnipotence and trait anxiety. Finally, our hypothesis that, in worrying and ruminating, shame had a relevant impact, was also confirmed.
Conclusions. This study suggests that guilt and shame may be a powerful component of mental health problems and that worry and rumination represent risk factors for the maintenance and exacerbation of these disorders 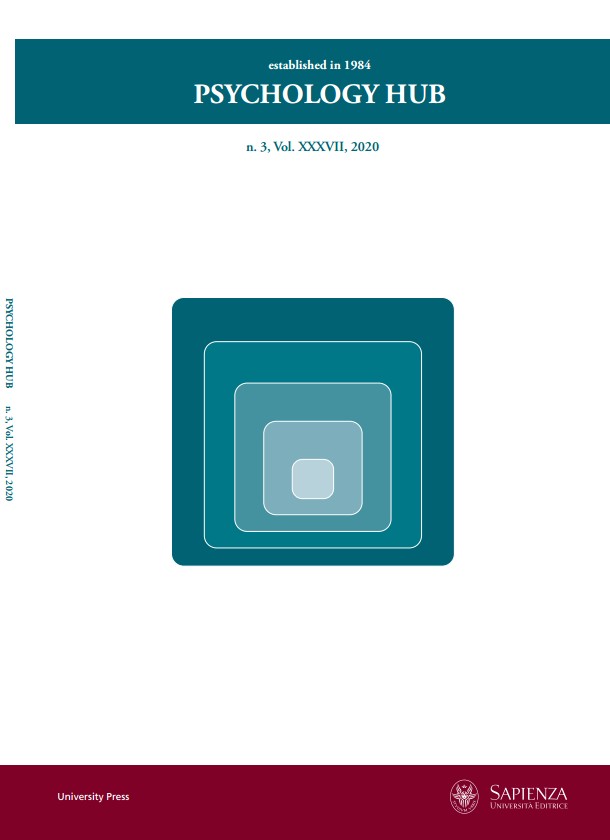 Journal property of Sapienza University of Rome. Journal registered at the Civil Court of Rome at n. 105/2014.